In Depth Team News Before & After games

★★★★★ Football Team News provides extensive coverage of multiple football tournaments the world over. This includes pre-season guides, post-season reviews, match previews and match reports. If you need information on a particular player or team, you will find everything you need at FTN - ThePuntersPage.com

★★★★★ I am a professional gambler. Thanks to Football Team News the time I spend searching for news on forthcoming football games is dramatically reduced. Updates are fast. Information is accurate - Steve.

★★★★★ I am a football trader. My company relies on Football Team News to provide us with previews ahead of games, & post match info. My firm subscribes to over 20 league tournaments. Football Team News is quick to add the latest information and is the first source I turn to - Dave.

AIK AIK
AIK endured a tough 2020 and flirted with the relegation places for 70% of the season until form picked up in the closing stages. The decision to stick with new coach Bartosz Grezelak paid off, but it was a humbling experience for the 2018 champions. AIK have lost a significant amount of experience from midfield with the departures of Abraham, Adu, Dimitriadis, Lindqvist and Rashidi. But after a poor season the axe had to fall. Another significant departure was Icelandic international striker Sigthorsson. He never found his rhythm at AIK and is hoping for better at IFK Gothenburg. Few additions have been made but striker Stefanelli returns after a successful loan spell at La Calera in Chile. He should help lift the scoring burden from 36-year-old Goitom. The defence also has more depth with the acquisitions of Haliti and teenage prospect Forsberg. Experienced midfielder Milosevic has signed after a spell without a club. Overall, AIK have a highly experienced squad including Swedish internationals Karlsson, Lustig and Larsson. They should be defensively strong but, with only 30 goals last season, scoring seems a major weakness and a lot rests at the feet of Goitom and Stefanelli.
BK Hacken
Hacken were again a formidable force at home in Gothenburg, but on the road too many draws meant they failed to challenge Malmo. However, third place at least means some European football for them. Starting left-back Andersson has left for Rosenborg, but otherwise the defence is mostly intact from last season. Their midfield has also lost the experienced Yasin. In attack they will miss the presence of Soderlund, but with few goals between them Lundberg and Nilsson will not be missed. Soderlund’s direct replacement seems to be Jermejeff. He has had success at BK Hacken before and should have no trouble fitting in. Lahne will support him in attack after signing on loan for the season, but Tuominen is out injured until at least the summer. Wingers, Heintz and Traore are also added to the squad. Highly experienced defender Olsson joins from Helsingborg to boost defensive options. Overall, the BK Hacken squad looks solid, well balanced and should remain defensively strong. However, they must improve their away form to stay competitive this season. If they can adapt to the loss of Soderlund and give Jermejeff a flying start, it could be a successful season for them.
Atlanta United Atlanta United
A season to forget was for sure the last season for Atlanta. They finished in the 12th place of the Conference mostly because they had their top goalscorer and star player Josef Martinez sidelined for about the whole season. A new coach has arrived in town as legendary ex-player Gabriel Heinze will lead the Five Stripes this season back to success, and of course Josef Martinez is healthy again and back for good. Atlanta without him were scoring only one goal per game in average, this season there will pretty surely be an improvement to this stat, if Martinez remains healthy. Barco and Bello are still young but they have played a lot last season so they are expected to improve in 2021 and show signs of leadership as well, because quality is already there. Moreover, the acquisitions of Ibarra and Santiago Sosa will provide more enthusiasm as the youngsters are considered of top quality level. The departures of Meza, Escobar and Larentowicz are important but Miles Robinson and Walkes are in perfect condition to prove they can ensure good defensive organization for the team.
Austin FC
An expansion season for Austin who will be the MLS newcomers this season. Expansion teams recently showed that, if the preparation is well, then the good results can happen even in the inaugural season. Josh Wolff will be the head coach for Austin, while Cecilio Dominguez and Thomas Pocchettino will be the star players for the team. Dominguez is Austin’s first Designated Player. The Paraguayan international was playing for Club America and Independiente before coming to MLS. We can expect him to line up at left wing, cutting in on his preferred right foot, though he can play through the center or on the right as well. Daniel Perreira Gil will be the top young player to watch from Austin this season. In general the team made a great preparation as they mixed proven but also promising players but of course, considering that they gathered for the first time together, they may need a bit of time. 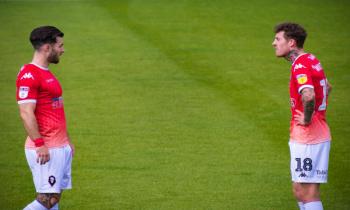 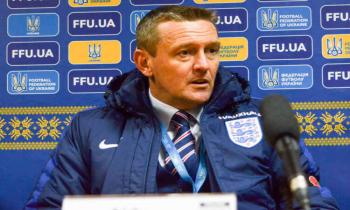 England’s under-21s are heading home at the group stage of the Euro Under-21 Championship for the second tournament in a... 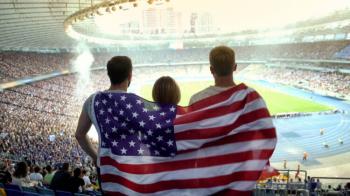 Pulisic, McKennie and Adams: Could the USA be Football's Next...

By the time that the World Cup rolls around in 2022, America could have as many as six football –...

Read more
View all news
?
New on our website? Get the guidance! Guided tour