In Depth Team News Before & After games

★★★★★ Football Team News provides extensive coverage of multiple football tournaments the world over. This includes pre-season guides, post-season reviews, match previews and match reports. If you need information on a particular player or team, you will find everything you need at FTN - ThePuntersPage.com

Aberdeen Aberdeen
Last season saw some turmoil at the club, with long serving manager Derek McInnes departing after almost 8 years at the club. The campaign was defined by misfiring forwards and a long goal drought in the second half of the campaign. Despite this, the club managed a respectable 4th place finish. New manager Glass has limited experience and it's doubtful he has the ability to make his time at the club successful. He is supported by newly acquired player/assistant Scott Brown, who again lacks managerial experience, but has plenty of leadership ability. A revamped forward line could complete the Aberdeen squad. Emmanuel-Thomas, who performed well for Livingston last season, and ex-MLS player Ramirez are both exciting players and could form a solid partnership. The core of last season's solid defence remain, providing a strong base for the team to build on, while quality additions like Gallagher and Gurr add depth and should improve this already strong area. Wingers Hedges and Hayes could improve with better forward outlets. Early signs are positive, with a strong 5-1 win over BK Hacken in Europe, although the team have again struggled to score in pre-season games. The key to success could be carrying confidence and varied forward play through the campaign.
Celtic
A disastrous season for Celtic saw them fail to win all 4 Old Firm games, fall early on in various cups and eventually finish 35 points off nearest rivals Rangers. COVID breaches, off pitch drama and manager Lennon's departure all added to the chaos, culminating in Celtic's worst campaign in years. Pre-season has been no more stable. Expected incoming manager Eddie Howe opted not to join late on in negotiations, leaving Celtic to appoint the largely unknown Ange Postecoglou. Despite his success abroad, the new coach may need time to adjust to Scottish football and will be under heavy pressure from the start. A breath of fresh air could be just what Celtic need. In previous season, the club relied too much on ageing players like Scott Brown, but have now let him go and are bringing in foreign players unfamiliar with the club, though still struggling to get rid of some unsettled squad members like Edouard. Improving midfield will be key to turning fortunes around. New arrival Shaw could provide a solid boost, while Turnbull could be given more game time after impressive displays. New forwards offer good prospects up front. Goalkeeping is a major issue. Celtic are still without a clear 1st choice keeper, with Barkas and Bain failing to establish themselves, though a new signing could be incoming. Pre-season has been indifferent, with a poor performance in Europe, but new striker Abada is already showing positive signs.
Arbroath Arbroath
Arbroath proved their 2019-20 season was no fluke as the part-timers avoided a relegation scrap once again. Their highly experienced defence contained most of their opponents' attacks and conceded few goals. They took full advantage of the often-windy conditions at home to record some notable wins. They have retained their almost permanent back 4 of Thomson, Little, O’Brien and Hamilton, along with goalkeeper Gaston. They should provide formidable protection once again. Edinburgh City’s Liam Henderson has signed as cover at centre back with Antell as goalkeeping competition. Midfielder Nicky Low has also made his deal permanent after overcoming injury fears. There have been a few departures including veteran forward Kris Doolan and goalkeeper Scott Gallacher. Arbroath will miss on-loan signings Ben Williamson and Jack Hamilton as both had impressive spells at Gayfield. Arbroath’s problems have not changed with scoring and away form needing addressed. On loan signing Joel Nouble hopes to address these problems. Only 2 away wins last season indicates there is room for being more adventurous on the road. Dick Campbell is one of the most experienced and respected managers in Scottish football and gets the best from a limited budget. If he finds a consistent striker, then Arbroath should have another good season.
Ayr United
Ayr went from promotion play-off contenders to only just avoiding a relegation scare last season. Along the way rookie manager Mark Kerr was replaced by former Morton manager David Hopkin. Despite a series of departures, Ayr’s squad is not too badly depleted. Their biggest loss is promising attacking midfielder Luke McCowan, who has opted for life in the Premiership with Dundee. Experienced players Dario Zanatta (Raith Rovers) and Tom Walsh (Inverness CT) have joined Ayr’s Championship rivals. Manager David Hopkin has plundered the ranks of his former club Morton for players. Robust defensive duo Sean McGinty and Markus Fjortoft along with midfielder Cameron Salkeld have signed. Reliable goalkeeper Aidan McAdams also makes the switch from Morton. Promising centre-back Nick McAllister joins from St Mirren while striker Tomi Adeloye hopes to make an impact at Somerset Park. Ayr are still regretting not cashing-in on Lawrence Shankland’s value in 2019 and it is obvious there is little money to invest in their squad. Hopkin has yet to impress too with a mediocre record last season of W1 D5 L3 in his spell in charge as Ayr just survived. David Hopkin may have switched clubs, but the impoverished circumstances remain the same. Ayr may become more exciting to watch but, from his time at Morton, they could also be wide open to attack. 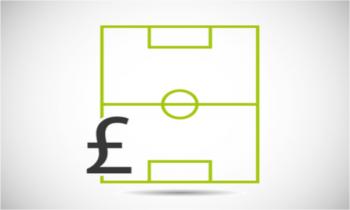 There have been some eye-catching signings in the Football League, including Harry Wilson’s £12m move from Liverpool to Fulham  A... 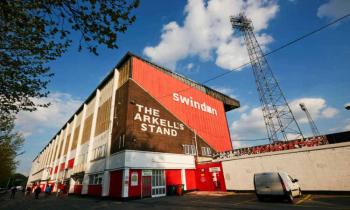 Swindon Town won League Two just over a year ago, as one of the few beneficiaries of the controversial points-per-game... 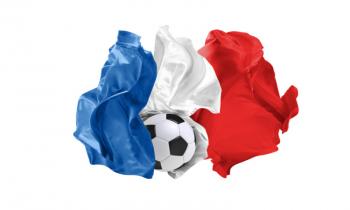 France fell at the round-of-16 on penalties to Switzerland in Euro 2020.  The squad have another chance of glory in...

Read more
View all news
?
New on our website? Get the guidance! Guided tour