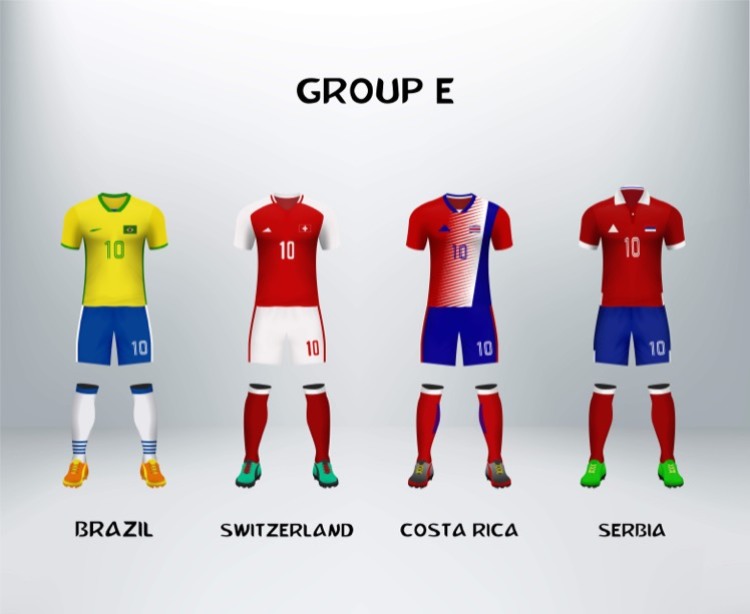 We take a detailed look at the teams who make up World Cup Group E.

Strengths: Possess one of the most talented squads in the world, with quality in all areas.

Weaknesses: Questions surround the fitness of Neymar, who is working his way back to full strength following months on out injured.

Brazil are the most decorated side in the history of international football, but the five-time winners have not had much luck in the previous three tournaments, having suffered early exits in both 2006 and 2010 and having had their 2014 run, in a tournament that they hosted, ended by an infamous 7:1 defeat in the hands of Germany.

Carlos Dunga was replaced by Tite shortly after the end of the 2014 World Cup and the Selecao have spent the last four years sharping their claws and preparing for a push for their sixth world title. A strong Brazil side suffered a disappointing elimination in the 2015 Copa America, but have done remarkably well in the qualifiers and comfortably won the South American group after suffering a single defeat in 18 qualifying games.

The upcoming tournament will be seen as this generation's big chance to shine. Although Thiago Silva is on the wrong side of 30, most of their key players have evolved and improved since the previous tournament, with the likes of Neymar, Casemiro, Marcelo, Paulinho, Philippe Countinho, Douglas Costa and Gabriel Jesus all emerging as worldwide stars over the recent years.

Without question, Neymar is the most talented out of this group of players and the only thing that is truly worrying the Brazilians at the moment is the fact that the PSG star has hardly played in 2018 so far due to injury. By his own admission, the forward was not at 100% in late May and it remains to be seen if he will make a full recovery in time to make his mark on the tournament.

Target: Brazil will be looking to go all the way and win their sixth World Cup. Not finishing top of their group could prove potentially disastrous, as it would likely lead to an early meeting with Germany in the first knock-out round.

Strengths: The core of their squad has been playing together and performing consistently well for years.

Weaknesses: Apart from Xherdan Shaquiri, they seem to be lacking an obvious goal threat.

Switzerland qualified for the World Cup following a peculiar qualifying campaign, which saw them finish second behind Portugal in their group despite collecting 27 points out of a possible 30. They were drawn with Northern Ireland in the play-offs and claimed a 1:0 aggregate win to clinch qualification for the seventh of the last eight major tournaments they were eligible for.

The Swiss have made the round of 16 in two of the last three World Cups but have not gone any further since 1954. They had a decent EURO 2016 and were eliminated from the tournament without losing a single game in normal or extra-time, as they drew with France and Romania and beat Albania before being knocked out by Poland on penalties.

Vladimir Petkovic, who has been in charge since 2014, preferred his club sides to play an attacking-minded brand of football, but has adapted to the strengths of his Swiss national team and prefers his men to play a more cautious game, which is hardly a surprise, given the players that he has at his disposal.

A mere glance at Switzerland's squad discovers a string of top class players in defence and central midfield, such as keepers Yan Sommer and Roman Burki, defenders Stephan Lichsteiner, Roberto Rodriguez, as well as midfielders Blerim Dzemaili, Valon Behrami and Granit Xhaka. However, things become quite different further up the pitch. Former Inter and Bayern man Xherdan Shaquiri was brilliant on his day, but the Swiss lack another player who can be trusted for goals – Schalke man Breel Embolo will be seen as a player who could fill this role over time, but a long-term injury that he suffered in late 2016 has slowed down his development a bit.

Despite their limitations in the forward third of the pitch, the Swiss have a rather strong side and the very core of their squad has been the same for years. Brazil aside, they certainly do not look to be any weaker than the other teams in their group.

Target: With Brazil being the obvious favourites to win the group, the Swiss would be pleased with qualifying for the knock-out stages by finishing second.

Strengths: Their squad is a decent mix of youth and experience and looks particularly strong in the central midfield area.

Weaknesses: Their head coach Mladen Krstajic has no previous managerial experience and the FA’s decision to install him in the place of previous boss Slavoljub Muslin has stirred a lot of controversy.

Serbia as a national team have had a rather troubled decade marred by crowd trouble  and internal turmoil involving their FA. The upcoming World Cup will be their first major competition in eight years.

The Serbians qualified for the World Cup thanks to topping their qualifying group which also involved the likes of Wales, Republic of Ireland and Austria. However, their FA stunned the domestic public only a few months after the World Cup ticket was punched, as they decided to part ways with Slavoljub Muslin, who was in charge for the qualifiers.

The decision regarding Muslin's successor caused even more controversy, as, after a lot of deliberation, the Serbian FA named Muslin's assistant Mladen Krstajic the new national team head coach, with the decision raising a lot of eyebrows due to Krstajic's lack of managerial experience.

The World Cup opener against Costa Rica will be Krstajic's first-ever competitive game as a manager, while his results in friendlies have been a mixed bag, with Serbia succumbing to a disappointing defeat in the hands of Morocco before easily overcoming Nigeria.

Their squad contains two world class players in Manchester United's Nemanja Matic and Lazio's Sergej Milinkovic-Savic, while defenders Branislav Ivanovic and Aleksandar Kolarov have seen better days, but can still make a crucial impact on occasion. Aleksandar Mitrovic, who has been in superb form for Fulham over the recent months, is another player to keep an eye on.

The expectations among the domestic media are the lowest they have been in years due to all the turmoil in the build up to this tournament and it remains to be seen if this could actually prove advantageous to the players.

Target: Despite all the background turmoil, the Serbians have a decent side and will be aiming to finish second in the group and make the knock-out stages.

Strengths: Have an excellent keeper in Keylor Navas and are notoriously tough to break down on their day.

Weaknesses: Tend to be too dependent on Brian Ruiz and Celso Borges when going forward.

Costa Rica were the biggest surprise of the 2014 World Cup, as they topped a group including Italy, Uruguay and England and were only eliminated in the quarter-final stage, when they succumbed to a penalty shoot-out defeat in the hands of Netherlands.

However, La Sele returned to reality shortly after the tournament, as head coach Jose Luis Pinto left them to take over the reins at Honduras. In addition to this results after the World Cup were nowhere near as good, as they failed to make it out of their group in the 2016 edition of the Copa America. They also failed to go all the way in both of the previous two Gold Cups.

Despite this head coach Oscar Ramirez kept his job by delivering when it mattered the most. He lead Costa Rica to a second-place in CONCACAF qualifying, as they booked a World Cup berth for the fourth time in the last five tournaments.

While several players from the 2014 side remain at peak of their powers, it is hard to disagree with the assessment that Costa Rica over-performed in Brazil. Indeed it would be a minor miracle if they managed to repeat their 2014 heroics.

That said, four previous World Cup adventures demonstrate that Costa Rica are resilient. On only one occasion, 2006 did they exit without putting up much of a fight. They made the knockout stages not only last time around, but also in 1990. In 2002 they went out in the group stages despite collecting four points.

Ramirez has maintained their tradition of playing hard-working, counter-attacking football and they will be looking to take advantage of any weaknesses the other teams in the group may exhibit via this means.

Target: Costa Rica are under no pressure to deliver and have changed a lot from the side that stunned the world in 2014. However, several key players from that side will also play in Russia and La Sele will be dreaming of causing another upset and qualifying for the knockout stages. 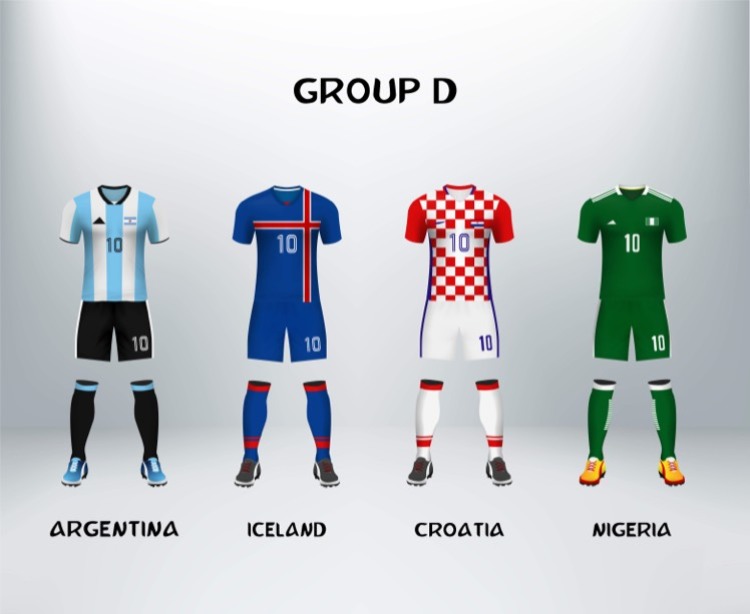