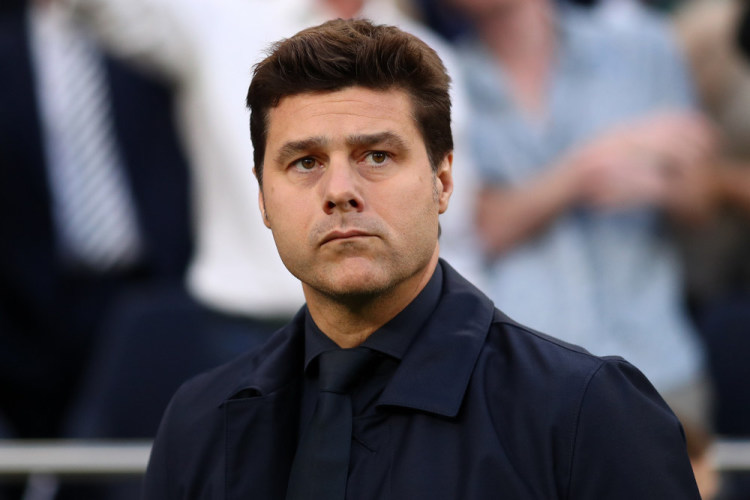 There are some things reassuringly predictable about the English Premier League.

First off, you know that Manchester City and Liverpool are going to play some jaw-dropping football on their way to contesting the title.

You know that a small supporting cast will be battling it out for the Champions League places, while at least one of the promoted sides will be fighting relegation from the get-go.

And, of course, we know that Tottenham will be in and around the top four places.

Well, okay, so three out of four ain’t bad.

Nobody really knows what is going on at Spurs, who have won just three of their opening eight Premier League games – losing 0-3 to Brighton last time out, have been dumped out of the EFL Cup and suffered the ultimate indignity of being demolished 2-7 by Bayern Munich in the Champions League. That has left them facing an uphill battle to make it to the knockout phase.

Injuries haven’t helped, nor has the now trademark reticence of boss Mauricio Pochettino to get stuck into the transfer market with all guns blazing.

And tabloid rumours of a bust-up between Jan Vertonghen and Christian Eriksen are the last thing the Lilywhites have needed amid their spluttering start. The Belgian has been photographed with a black eye in the midst of rumours of his infidelity with Eriksen’s wife, although the players have been quick to pour cold water on such a notion by claiming Vertonghen’s injury came as the result of a training ground collision.

It’s likely to have been nothing more than pure speculation dreamed up by someone bored on social media, but the fact that the players have publicly addressed the issue does make the mind wander.

So, what is going on at Tottenham, and is this is a storm that Pochettino can ride out?

It was another curious summer of transfer activity from the club.

They allowed regular right back Kieran Trippier to depart, and while Pochettino clearly felt that the England international had served his time in London, he surprisingly failed to replace him – relying on the unpredictable, to put it mildly, Serge Aurier and the untested Kyle Walker-Peters.

Trippier has gone on to confound the critics in a fantastic start for new employer Atletico Madrid, serving up 2.6 tackles per game, 1.6 interceptions, 1.9 clearances and 1.4 key passes. Those are elite level numbers.

Tottenham fans have been crying out for their manager to strengthen for quite some time, and while Pochettino did bring in some new faces, those were with one eye on the future: Ryan Sessegnon and Giovani Lo Celso are not the kind of stars to bring immediate success to the club.

And while he is not everybody’s cup of tea by any means, Fernando Llorente at least offered an alternative to Harry Kane in attack, no matter how pedestrian and bulldozing it might have been. Now, the club is once again heavily reliant on the England marksman to stay fit and firing.

The only bright spot is Tanguy Ndombele, the midfield powerhouse who looks to offer the kind of box-to-box presence that Spurs have needed to compliment the all-action stylings of Moussa Sissoko.

But, once more Tottenham left the summer transfer window in a negative position; will Pochettino be allowed to right that wrong in January?

Let’s face it: any Premier League side – indeed, most club sides in world football – would miss an asset like Dele Alli.

The England ace is something of a talisman for Spurs, bringing guile and creative in advanced midfield positions that is a natural gift; he simply makes things happen on the pitch.

This is a player that serves up a goal or an assist in every other game, which is a fantastic output.

Take him out of the side and his replacements – Erik Lamela, Lucas Moura or Harry Winks in a reshuffle – simply don’t deliver the same quality.

There’s a new problem for Pochettino to solve; albeit one of a completely different nature.

Hugo Lloris got injured last time out against Brighton, and such was the severity of the injury he was given morphine after being taken to a local hospital. The damage to his elbow was better than first feared, but the French World Cup winner will still be out until the new year.

His replacement, Paulo Gazzaniga, is a capable shot stopper, but the issue with Lloris’ absence goes deeper than that. He is a voluble presence between the sticks, marshalling the defenders in front of him and commanding his penalty area.

He is club captain too, which gives you an idea of how well he is respected and admired by his teammates. It’s an absence, like Alli’s that will be cruelly felt.

One Direction and One Dimension

A tactical dilemma that Pochettino has had to solve is that of Harry Kane, his bustling frontman. Kane is an undeniably outstanding goalscorer – elite-level, in fact – but he offers very little in terms of constructive build-up play. This is a guy who only comes alive when a shooting opportunity presents itself; he completes less than one key pass and one dribble per 90 minutes.

So that puts the creative onus on those behind him, and a common criticism of Tottenham so far this term is that they haven’t been able to produce enough clear-cut goalscoring chances with Eriksen and co not hitting the heights previously expected of them.

When you’re not scoring goals with your traditional commonality, keeping them out at the other end is key.

But with Trippier gone and Lloris out for the foreseeable future, this is another area that will be keeping Pochettino up at night. With Vertonghen failing to convince this term and Sissoko having to fill in at right back against Brighton with disastrous consequences.

Tactical inflexibility, transfer window mismanagement, injuries, possible ructions in the camp….you don’t need to be a genius to see why Pochettino is so under the cosh right now.