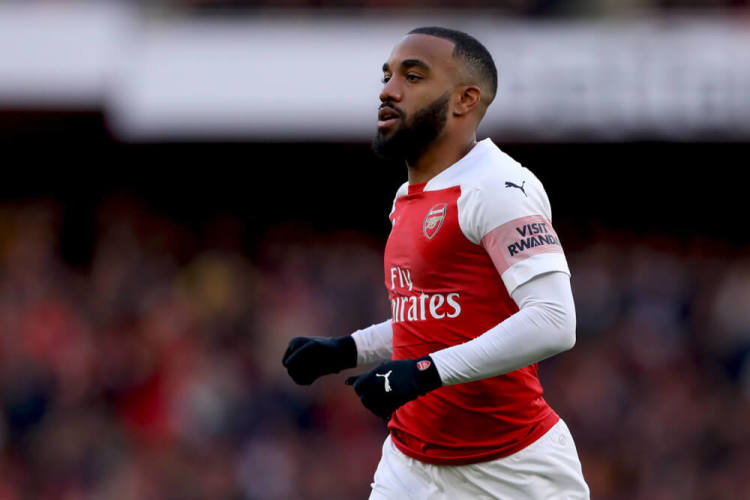 Uber Eats have partnered with the French Professional Football League (LFP), announcing that the delivery service is the new naming rights sponsor of Ligue 1 until 2021/22.

It cost just €32 million to sign away their self respect, but LFP chief executive Didier Quillot was quick to spin it as a positive;

“From 2020/2021, the title partnership agreement will seal a major alliance. After partnership agreements with major US sports franchises, we are very proud that Uber Eats has chosen Ligue 1 as the first European sport partnership with the aim of supporting its development. We are also particularly pleased to be able to associate Ligue 1 with a very strong brand among young consumers.”

The irony of using sport to tout an app used to sell fast food isn’t lost on many, while they aren’t the best choice ethically.  Uber Eats drivers have protested in the streets of London due to pay cuts, while Business Insider recently compiled a list of “49 of the biggest scandals in Uber's history.”

As much as people will use Uber Eats as a stick to beat Ligue 1 with, is it any better around the rest of Europe?

The influx of money in England is supplemented by numerous sponsorship deals, both at a personal and team level. It’s worth taking a moment to think about just how dismal many are.

Your mind might flit to Everton playing with Angry Birds emblazoned on their shoulder. It’s a bit cringeworthy, and probably not a good look for a team with intentions of breaking into the top six of the Premier League.

Compare that to Arsenal, who teamed with the Rwandan Development Board to tell supporters to “Visit Rwanda”.

The three-year deal is estimated to cost the country roughly £30 million, despite the region having a lower GDP per capita (roughly $700) than Haiti or Ethiopia.

It’s easy to point out that the UK gives the country £64 million per year in foreign aid, while the President is an ardent Arsenal fan who has been in power since the year 2000. Suddenly, Angry Birds doesn’t look so bad.

Uber isn’t ideal, and Rwanda could raise a few eyebrows, but we’ve seen worse over the years. We’ve had the likes of *Wonga on Newcastle tops, while some clubs effectively sponsor themselves to pump extra cash into their coffers.

*Wonga is arguably worse, as they were described as “a toxic symbol of Britain’s household debt crisis” when they finally went into administration in 2018.

The relationship between gambling and football also continues to make some people uneasy, and it’s always being nurtured in the Premier League.

45% of top flight teams in England advertise betting firms on their shirt. It’s all the more questionable when you consider the long-term effects that gambling has on a significant section of the population. Their attempts to tell punters to be “gamble aware” have been said by some to be ineffective and even half hearted.

The same is true of individuals. Joe Hart’s infamous Head & Shoulders campaign netted him an extra £100,000 per year, which arguably wasn’t worth the implication that he has dandruff. Liverpool have a recent set of poorly conceived Nivea ads on their resume, although ads did give us an insight into Wayne Rooney‘s acting ability.

Despite the firesale with many sponsorships, most Premier League clubs are wary when it comes to stadium rights. Only 30% have a sponsor, as they’re unwilling to deal with backlash from supporters who see it as part of the club’s history.

The Future of Football Sponsorships

Considering everything, it’s unclear whether the Ligue 1 deal sets a new low. After all, they could probably do far worse than Uber Eats, even if there’s no real connection between the league and the company.

They’re not the first, as La Liga is sponsored by a Spanish bank (Santander) following the tradition set by Barclays and the Premier League.

It’s clear that companies will continue to use football as a marketing tool for the foreseeable future. After all, we live in a world with ‘Official Isotonic Drinks Partner’s’ and noodle sponsors and nobody bats an eyelid.

“The University of Kent sports department would never sanction sponsorship of this type - it is totally inappropriate.”

So, it can be argued that the University of Kent holds teams to a higher standard than most leagues in European football.

Stevenage have recently announced that the Burger King logo will adorn the front of their shirt. Isn’t that inappropriate given that the UK is the ‘most obese country in Western Europe?

As long as audience numbers continue to grow, sponsorships are only going to get more prevalent in football. It’s generally more noticable the further up the ladder you go, and reform is nowhere near the horizon.