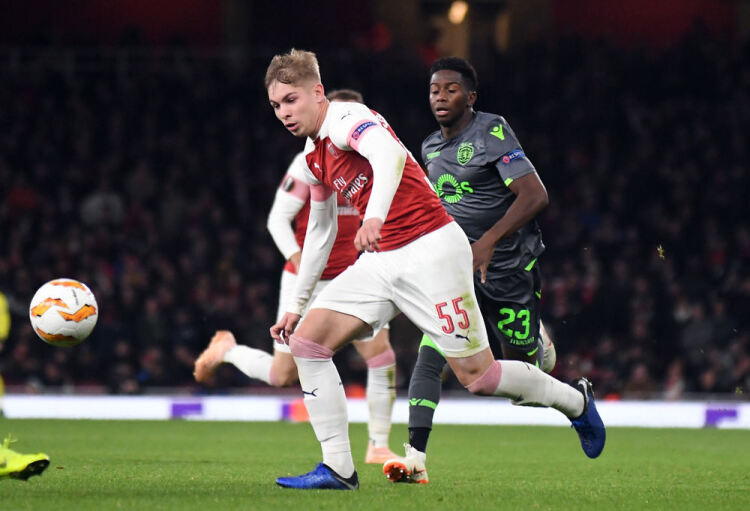 Since Mikel Arteta drafted Emile Smith-Rowe into the Arsenal first team on Boxing Day, they have won five and drawn their other Premier League outing.

Coincidence? Perhaps, given that the Gunners have kept four clean sheets in that run as well, and we should confirm that five of those games also came against sides in the bottom half of the table.

But it’s hard to argue with the impact that the 20-year-old has had on Arsenal’s attacking output in that time: with 14 goals in that six-game span, Arteta’s men are averaging 2.33 goals per Premier League game with Smith-Rowe deployed in the playmaker’s role. In the 14 games prior to that? They averaged 0.86.

One man does not make a team, of course, but it’s clear that the Gunners have on their hands a precocious talent who can – and already has, actually – rejuvenate their career. The sky is the limit for Emile Smith-Rowe….

Possession is Nine-Tenths of the Law

The truth is that in life change can be hard to accept.

In the glory years for Arsenal in recent times – think the Invincibles season of 2003/04 – they were a side based around quick, entertaining football, moving the ball around swiftly and getting key players like Thierry Henry, Dennis Bergkamp and Robert Pires on it as soon as possible.

And then followed the grim period towards the end of Arsene Wenger’s reign; the stodgy ‘keep ball’ routine of passing from side to side and doing little else of any consequence.

In the early days of Arteta’s tenure, it appeared that he was devoid of any philosophy aside from trying to keep clean sheets, and with the brand of football played being less than thrilling – and results not going his way – pressure was beginning to mount.

Things have improved since, partly due to the inclusion of Smith-Rowe as a more progressive presence in the number ten position, and finally the Gunners have a personality. For their beleaguered boss, it could not have come soon enough.

Arsenal have started to relinquish the ball more readily – their average possession this season of 52.4% is a only a couple of percentage points more than Brighton, Wolves and co, but in place of that they have started to do more with it….Breaking opposition lines at will by feeding the ball into a playmaker willing to receive it with his back to goal before turning, carrying and looking to play in a teammate.

And there’s no spoiler alerts here as to who that is….

In many a young man’s career, there is a ‘make ‘em or break ‘em’ moment that dictates what the future has in store for them.

For Emile Smith-Rowe, that arguably came last season in a loan spell at Huddersfield Town. In the wake of a global pandemic unlike any other, the then 19-year-old moved the best part of 200 miles north to Yorkshire on his own to play his role in a Championship relegation battle….Not exactly football’s glamourous side.

But he pitched in, became ‘one of the lads’ to coin a cliché, and produced a series of outstanding performances that helped to retain the Terriers’ second-tier status. Huddersfield’s first team coach Mark Hudson was suitably impressed. “You could see his talent immediately, his technique, his ability to speed the game up, take the ball on the half-turn. Because he is young and enthusiastic, he brings an energy and an ability to press as well. He is so intelligent with his movement,” he said.

That ability to drift into pockets of space is a natural gift – something that his predecessor in the number ten role, Mesut Ozil, had in abundance. But one thing the German couldn’t do, to the frustration of Arsenal fans, is accelerate the play; to carry the ball forward or release a through ball to a more advanced player. Ozil is a Rolls Royce of a footballer, but his actual attacking output does not stand up to scrutiny.

But Smith-Rowe….Well, it’s early days but the suggestion is that he will post the numbers to go with the flair and the style. He’s already recording 1.7 key passes per game on average, which puts him in and amongst the Premier League’s most effective creators, and an xA90 rate suggests he will assist a goal every four games – at that ratio across the whole season, only messrs Kane, Fernandes, De Bruyne, Son and Grealish have been more effective.

It’s rare for a player so young to affect a change so marked, but Smith-Rowe’s style of play, his willingness to be brave in possession, carry the ball and attempt high risk passes is exactly why the Gunners have improved so dramatically.

This is a young English gem with the world at his feet.

The Only Way is Up

With a seemingly much happier squad of players, assembled in a manner that appears to be organised and diligent and progressive, and with results improving you wonder what the rest of the 2020/21 campaign holds for Arsenal.

Only Manchester City have ranked higher in the Expected Goals count than the Gunners since Christmas – an extraordinary turnaround given that in the period from the start of the season to mid-December they ranked tenth in the Premier League for the same metric.

And that hasn’t come at the expense of defensive solidity either. From September-December the Gunners ranked fifth for xGA and since Christmas they are the eighth best defensive team – meaning Arteta has improved their attacking output greatly while essentially keeping their defending stout and resilient….Not exactly two words you would typically use to describe the North Londoners.

The six-game run that we keep harping on about is, of course, a very small sample size against some of the weaker opposition that the Premier League has to serve up, but context is king and clearly Arsenal are improving at an incredibly fast rate.

They’re now only five points off the top four and the riches that brings….The way they are playing, you wouldn’t bet against Arsenal gatecrashing the Champions League party. 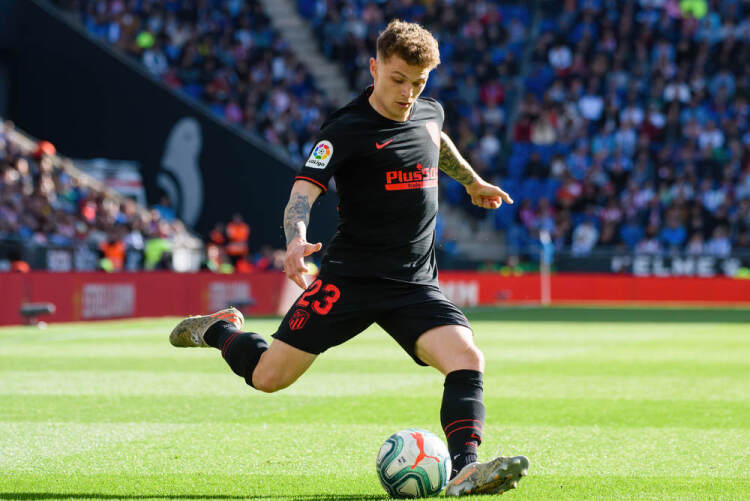